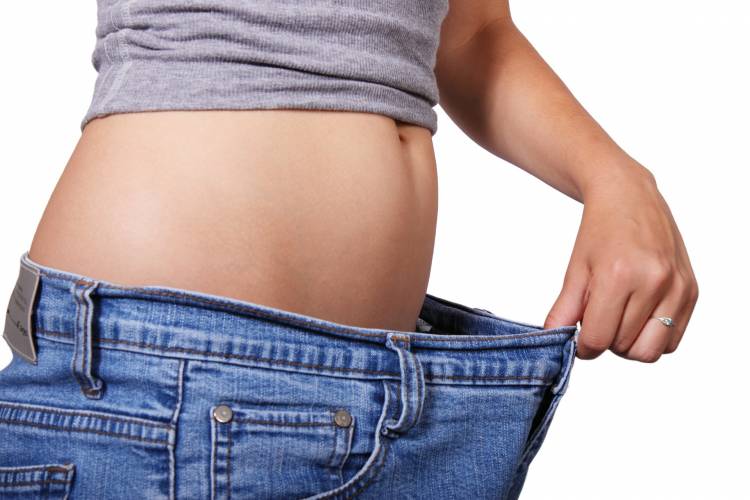 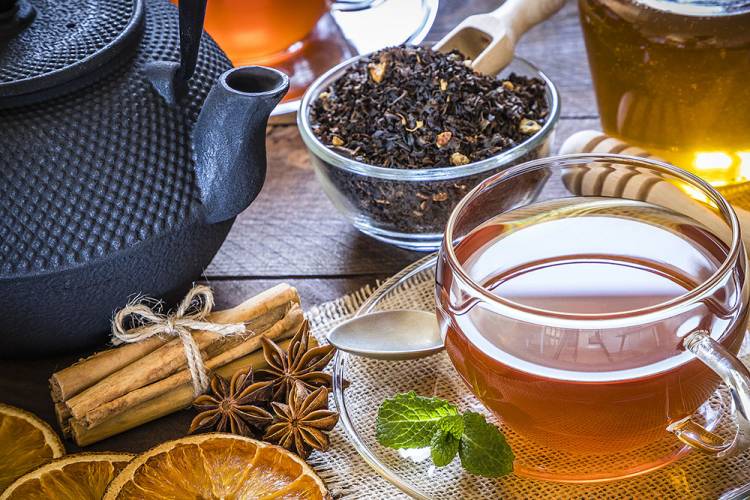 WHAT DOES THE STOMACH REDUCTION OPERATE INVOLVE - BENEFITS, RISKS AND RECOMMENDATIONS

WHAT DOES THE STOMACH REDUCTION OPERATE INVOLVE - BENEFITS, RISKS AND RECOMMENDATIONS

Surgery to shrink the stomach should be performed only on the recommendation of the doctor, for people suffering from obesity and if diets or other ways to lose weight have not had the desired results. Find out in the article below what the operations for reducing the stomach involve and what is the recommended diet after surgery.

What types of stomach reduction surgeries are recommended

When the stomach reduction operation can be performed

What are the benefits of stomach reduction surgery

How much does an operation to shrink the stomach cost

What types of stomach reduction surgeries are recommended

Find out below what each of these types of stomach reduction operations entails.

It is a method of reducing the stomach, with limited indications at present, being also known as Gastric Banding. The operation is performed laparoscopically and involves the installation of a silicone gastric ring, which can be adjusted later, so that the stomach is divided into two portions of unequal size. The first portion is smaller and will communicate with the rest of the stomach only through the channel formed by the ring.

The tighter the ring around the stomach, the more limited the passage of food. Depending on the rate at which weight loss occurs, the ring can be adjusted later, two months after surgery.

Hospitalization after the operation to shrink the stomach with a gastric ring lasts only 24 hours, and recovery is fast, without pain. Because it is a reversible technique that does not involve cutting the stomach, the ring can be removed and the stomach can return to its original shape. Following this intervention, it can be removed up to half of the excess weight.

Stomach Shrinkage Stomach shrinkage surgery, also known as longitudinal gastrectomy or Gastric Sleeve, is the most commonly used procedure in obesity surgery. This operation removes about 80% of the stomach, corresponding to the great curve, the area where the hunger centers are and where the appetite hormone called "ghrelin" is secreted.

After the operation, only a tube with a volume between 80 and 100 ml will remain, the goal being to reduce the appetite and the amount of food ingested and to induce the feeling of satiety much faster.

Excess weight can be reduced by up to 70% in the first year after surgery, and hospitalization lasts 48-72 hours.

After the operation, it is necessary to check periodically at 3, 6 or 12 months, to monitor weight loss and correct any imbalances in the amounts of vitamins that may occur.

gastric bypass This operation is currently recommended for people suffering from morbid obesity with a BMI between 40 and 50, gastroesophageal reflux disease, eating disorders or decompensated diabetes.

Gastric Bypass involves the creation of a gastric reservoir, approximately 15-20 ml, by completely isolating a portion of the stomach. This tank will then be connected to the small intestine, at a predetermined distance, so that the food will come into contact with the gastric juices duodenal, pancreatic and bile as late as possible. The goal is to drastically reduce the absorption of sugars and fats in the body. It is an intervention with a restrictive role, that of reducing the amount of food ingested, and with a metabolic role, by decreasing the absorption of fats and sugars.

Hospitalization after Gastric Bypass surgery lasts 48-72 hours, and excess weight can be reduced by up to 80%.

When the stomach reduction operation can be performed

Surgery to shrink the stomach is recommended only under certain conditions and following interclinical consultations and thorough investigations by specialists in several fields. The important aspects that determine the need for a stomach reduction operation are the following:

body mass index (BMI) - this index is calculated based on the height and weight of each person. In order to have an indication of shrinking the stomach through various surgical procedures, patients must have a BMI over 40, an indicator of morbid obesity. Patients with a BMI between 35 and 40 (severe obesity) can also benefit from these operations when they have associated dyslipidemia, hypertension or metabolic syndrome, as well as those with a BMI between 30 and 35, when they have associated type 2 diabetes. II

the presence of other diseases associated with obesity - obesity can cause other conditions such as type II diabetes, high blood pressure, cardiovascular disease, dyslipidemia or the association between them in the form of metabolic syndrome. In these cases, surgery to shrink the stomach may be recommended

What are the benefits of stomach reduction surgery

Following the stomach reduction operation, there are multiple benefits that will help increase patients' well-being and improve associated health problems. Here are these benefits:

Significant weight loss - Depending on the type of surgery, overweight can vary between 40% and 60% in the first year after surgery and can reach up to 80% in the next five years. In the first month after surgery you can lose between 7 and 12 kg, and in the following months you lose an average of 5 - 8 kg per month. At the same time, there may be periods of stagnation. By adjusting the food intake, these periods will be followed again by weight loss.

reducing the risk of serious illness or improving it until healing - conditions associated with obesity, such as type II diabetes, hypertension, dyslipidemia and cardiovascular disease can be prevented or improved after surgery, which means that, in addition to weight loss, the condition health will be significantly improved.

Pregnancy is possible after the operation to reduce the stomach after about 12-18 months after the operation, after the patient reaches the desired weight and has a diversified diet. It is recommended, but a careful monitoring of nutritional deficiencies by the specialist, before and during pregnancy. As the amount of food consumed after surgery decreases, the intake of nutrients will be reduced, which is why it is necessary to administer multivitamins, calcium and iron.

If the doctor's instructions are not followed, complications may occur after surgery to reduce the stomach. In addition, it is important to follow a few important aspects of the diet that help heal the stomach quickly.

Complications that may occur after surgery

Surgery to reduce the stomach can lead to surgical and non-surgical complications, described in the specialized treatises. Failure to follow the therapeutic and dietary instructions of the attending physician may increase the risk of complications. The rapid healing of the operated stomach is facilitated by the early but gradual resumption of food and the administration of prokinetic medication.

Complications after stomach reduction operations can be early, in the first 24-72 hours or late, usually after 7 days. These can be:

gastric fistula - the appearance of an orifice on the terminal esophagus or on the upper portion of the gastric suture through which the gastric acid content flows out of the stomach, into the abdominal cavity. It can initially cause a local chemical peritonitis and later bacterial. Later peritonitis can generalize with the risk of spreading the infection in the body. Symptoms include pain in the stomach or entire abdomen, fever, vomiting, frequent breathing, low blood pressure, difficulty breathing. It is a complication that requires mandatory endoscopic or laparoscopic intervention.

gastric fistula - the appearance of an orifice on the terminal esophagus or on the upper portion of the gastric suture through which the gastric acid content flows out of the stomach, into the abdominal cavity. It can initially cause a local chemical peritonitis and later bacterial. Later peritonitis can generalize with the risk of spreading the infection in the body. Symptoms include pain in the stomach or entire abdomen, fever, vomiting, frequent breathing, low blood pressure, difficulty breathing. It is a complication that requires mandatory endoscopic or laparoscopic intervention.

the appearance of blood clots (venous thrombosis) - both in the abdomen and in the legs, after prolonged periods with little movement or reduced fluid intake. To prevent venous thrombosis, prophylaxis with subcutaneous injections of anticoagulants is performed before and after surgery.

Massive weight loss can cause excess skin around the abdomen, thighs, hands and buttocks, due to the disappearance of fatty tissue and the fact that the skin loses its elasticity. At the same time, excess skin can prevent proper hygiene, and, over time, infections and dermatitis can occur between the skin folds. Excess skin surgery may be needed.

After the stomach reduction operation, it is recommended to keep a special diet, in the first 3 months, divided into 4 distinct stages:

in the first 3-4 weeks the diet is based on liquids (water, soups, teas, compote juice) with a protein intake of 50-70g per day;

in the next month the diet remains based on fluids and fluids with a higher caloric intake can be consumed. Liquids should be drunk slowly, with small sips and breaks between sips;

in the third month after surgery, the diet consists of mashed foods (mixtures or purees) low in sugar and fat, but rich in protein. Liquids are drunk between meals;

from the fourth month after the stomach reduction operation, solid foods can be consumed as before the intervention. Food should be eaten in moderation, chewed well and slowly. Fast food can cause vomiting, nausea, dizziness. When eating, set aside at least 30 minutes for a meal and wait 30 to 45 minutes after a meal to drink fluids;

The purpose of the diet after the stomach reduction operation is for the stomach to have time to heal, to adapt to the new diet and the small amounts of food that will be consumed.

In addition, medications such as aspirin, anti-inflammatory drugs or corticosteroids that may have toxic effects on the stomach should be avoided. The advice of a doctor is recommended before starting any treatment.

How much does an operation to shrink the stomach cost

The cost for the stomach reduction operation is not covered by the Insurance House, and the price varies depending on the type of surgery. At Med Life, the cost for shrinking the stomach with a gastric ring is 14,000 lei, for longitudinal gastrectomy (Gastric Sleeve) it is 25,000 lei, and for Gastric Bypass, it is 30,000.

Renting a luxury car isn't as difficult as you think

How Akro-Mils Storage Drawers Can Complete Your Workspace

Explore Luxury Labels Like Black Tape by Dex At a Boutique Beyond Your...

Mandatory Questions To Ask When Buying A New Car