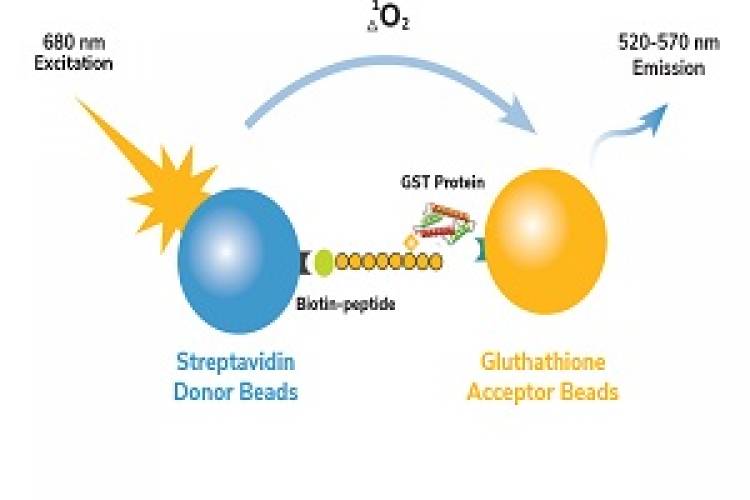 Epigenetics refers to alterations in gene expression, independent of the underlying DNA sequence. In the field of epigenetics, accurate chromatin profiling is essential to understanding the factors that affect gene expression. Chromatin refers to the dynamic structures used to compact DNA into the nucleus. At the most basic level, chromatin is composed of nucleosomes, which is ~147 base pairs of DNA wrapped around a histone octamer. The tails of histones can be modified (i.e. post-translational modifications, or PTMs) to impact accessibility to DNA by transcription factors or other chromatin-interacting proteins. Some histone PTMs lead to chromatin compaction, and reduce transcriptional activity, while other histone PTMs “open” chromatin structures and allow increased gene expression. The study of these epigenetic modifications is critical to understanding cell-type specific gene expression patterns, both during development and in adult tissues. It’s also critical to understanding the origins and causes of many diseases, and as a result, epigenetic research is invaluable to the biomedical field.

That being the case, epigenetic research involves costly and time-consuming assays. The most common method used to map histone PTMs and transcription factor binding sites is chromatin immunoprecipitation combined with next-generation sequencing (ChIP-seq). Though there have been many advancements in ChIP-seq methodology, the majority of these innovations have been focused on the sequencing technology; the ChIP method remains largely the same as it was 30 years ago. Problems inherent to the ChIP protocol include the large number of cells required to perform the assays (>500,000 cells), the amount of time and labor that must be invested, and potentially high inaccuracy of the results. These assays are also expensive, requiring 20-40 million reads per sample, making it difficult to profile large numbers of cell types of patient samples in parallel. In addition, ChIP-grade antibodies are notoriously non-specific, which can lead to erroneous conclusions and incorrect assignment of biological functions.

A recently developed alternative approach to ChIP-seq assays is CUT&RUN, which stands for Cleavage Under Targets and Released Using Nuclease. This method immobilizes cells on a solid support, and uses a protein A-protein G fusion to tether a micrococcal nuclease to antibody-bound chromatin loci. This pAG-MNase is activated by the addition of calcium to cleave antibody-bound chromatin. The fragments diffuse out of cells, are collected, and subjected to next-generation sequencing. Compared to ChIP-seq, CUT&RUN has significantly reduced sequencing (3-5 million reads per samples) and cell input (<1,000 cells) requirements, and delivers data with dramatically improved resolution.

EpiCypher is a leader in the development of innovative chromatin profiling technologies. They have recently launched their line of reagents for CUTANA ChIC / CUT&RUN assays, starting with the most important tool for CUT&RUN assays, pAG-MNase. EpiCypher’s CUTANA CUT&RUN offers a high signal to noise ratio for greater accuracy in mapping histone PTMs and transcription factors, and while also taking significantly less time to complete the assays. It takes only one to two days to purify the DNA before it can be prepared for profiling, as opposed to several days for ChIP-seq or alternative methods.

EpiCypher is also using their CUTANA CUT&RUN technology to develop a CUT&RUN Kit that outperforms alternative assays, such as ChIP-seq. EpiCypher’s soon-to-be-launched CUT&RUN kit will help mitigate many of the issues with ChIP-seq, allowing for high-resolution chromatin profiling using less than 5 million reads per sample. EpiCypher also offers the antibodies necessary to perform CUT&RUN and ChIP-seq assays. Visit EpiCypher.com to see a full list of their products offerings for histone peptide arrays, ChIP-seq and CUTANA ChIC / CUT&RUN assays.

What is the Difference Between Adobe Experience Manager and WordPress?

Choose a Web Design Company to Host Your Website

Why Use SEO Services for New Businesses

How Much Does it Cost to Develop a Business Intelligence System in 2020?...