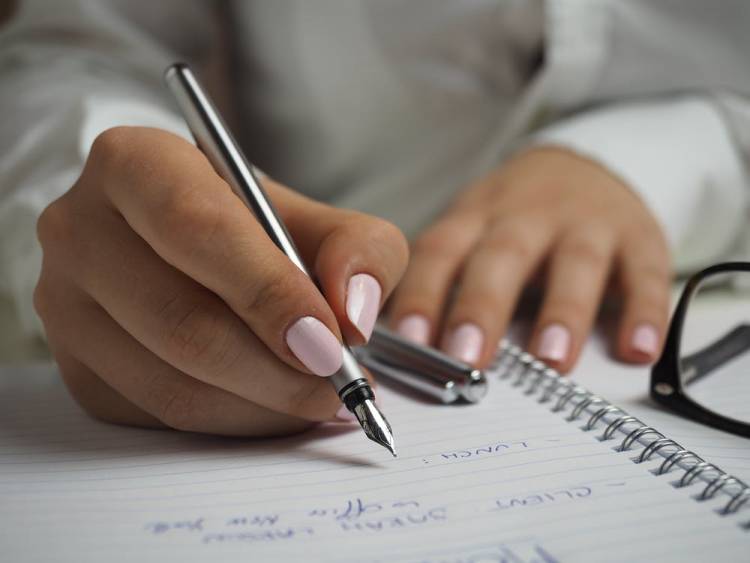 The 7 Ways To Make A Success of Your First Draft

What if we were talking about the “first draft”? I have advised a number of writers lately; I have given training on professional writing; however, whether they are writers or business executives, many report the same difficulty: how to remain sufficiently focused to produce your text? How to stay in the text, ignoring the diversions, whether they come from within or from outside?

I told you previously about methods to avoid the blank page, and motivate yourself to write. And when motivation is triggered, how do you maintain it? How to prevent the souffle from falling back? Let's take a look at some simple and obvious gestures; because the evidence, often, is very difficult to locate. If you have any query regarding this then consult with our professional ghostwriter they will help you on this.

(Readers in a hurry can skip to the end of the article, where the gist is summarized.)

Some swear by him, others gently despise him. The first draft seems a little childish way to practice writing. The proponents of revealed writing do not believe in the first draft / proofreading (s) division.
However, in practice, this back and forth writing seems to produce better results, and is taken for granted by most writers.
The interest of this approach is to divide the stages of writing into a stage of formulation, of transcription of the thought, and another stage, consecutive, of a critical look on the written object.

The difficulty, for the writer, is then to know how to divide himself sufficiently to be first and foremost, exclusively, a voice that speaks. And then, just as exclusively, a critical mind. The voice must not be critical, and the mind must certainly criticize, but only the result, not the intention. Otherwise, the consequences on the morale of the writer are not long in coming: discouragement, procrastination, waste of time or even abandonment of the project.

Critical rereading should not slide towards self-criticism, just as the first draft stage should not. Must not leave room for judgment on what is written. For critical proofreading questions, I refer you to Kanata Nash's blog, which deals with the issue in a masterful way. I may have something to say about it one day, but it will be in the form of clarifications or minor nuances.

And the first draft? Here too, resorting to a little method can be useful, liberating. Because discouragement, during the first draft, is often caused by bad practice. What you call "first draft" is not really one, because you keep going back and forth, stopping, chewing the pen, to find the "right word".

The "real" first jet does not suffer from interruption. Everything must be sacrificed to the regularity of writing, everything must be done to maintain a regular flow.
How? 'Or' What? Here are the main precautions to take in order to produce a “real” first draft of a novel, short story or any other literary text.

This may seem paradoxical, but for the "little voice" to speak just and clearly, you have to have long, trivially prepared the writing during the previous step: the constitution of the plan.

In other words, the first draft is NOT a writer's first action when tackling a new project. We could once again debate the legitimacy of preparing for your writing, but what is certain is that the absence of a plan leads mathematically to.

During the drafting, you may have doubts, and this is normal. Is Eric blond? Is Jeanne-Marie aware that Kevin is cheating on her? Your bad reaction, as a writer, will be to decide right away that yes, Eric is blond. Another bad reaction will be to leave everything behind and go back ten pages, or in the character sheet, if Eric is blond; worse, in case nothing has been prepared, to go and see in an encyclopedia if the people of his ethnic group are rather blond.

Learn to write down your doubts and your questions in the course of the text. For example, place them between square brackets: this will allow you to find them by an automatic search for the "hook" character, when re-reading the text.

Likewise, it often happens, especially when "things are going well", that additional ideas fall on you, improvements. Again, write them down, either in the text thread or in a notepad file. At the end of the first draft session, and only at the end, take the notepad again; put the ideas (without starting to rewrite everything!) in the right place in the plan or in the parts already written.

Another common cause of first-draft breakdown is the need for the "right word." This word which would fit perfectly with the sentence, and which escapes you like wet soap in the shower, too bad for him! A highlight, and we move on!

Word processing software offers very easy possibilities of emphasizing, by highlighting, specific places in the text. Use a simple color code, for example red for style, blue for things to check, green for pending additions ... You can even be more specific: use one color for too flat passages, another for registry problems, another for too verbose passages ...
Better yet: instead of using the "highlight" button, define "character styles"; they'll be superimposed on your text safely, and you can apply or remove them with a single click.

Poor writing conditions are one of the worst enemies of the first draft. If you are disturbed, if time is of the essence, it is difficult for you to maintain a steady writing flow throughout the session.
Of course, we are not all equal from this point of view. Some have a rather favorable environment for writing, others not. Either way, try to organize yourself so that your writing moments are as favorable as possible.

What is a good writing time? A moment of calm, of solitude, and which will be exclusively dedicated to this activity. Avoid noisy places and times, those where you are social, and arrange to have nothing but really nothing else to do during the writing session. Make the phone call to Grandma, so that she doesn't call you at a bad time.

Choose the time and place of the session in advance. Optionally, cut your computer's network connection (it's easy and painless: right click on the correct icon); at least close Tweet deck alert software, Facebook chat etc. If you don't need to open multiple working windows, switch your word processor to focus mode; otherwise, open the windows to hide the entire screen, including the image of the dog in the background.

Even if this process has its detractors (I see one in particular who is smiling at the back of the room), try to have a certain regularity of writing. Are your first draft sessions short, because of your crazy days? It's not that bad, as long as you can write every day.
If your writing moments are too far apart, each session will bring back wheelbarrows of questions like "Is Eric blond?" »So, so that the first draft is straightforward, avoid relying as much as possible on this traitor of memory.

Finally, beware of yourself. The worst damage to your motivation is you who can do it.
Keep in mind, in particular, that you do not write straight away as you would like. Formula 1 fanatic friends explained to me the principle of the “warm-up lap”. In writing, it's the same: at each session, it takes a few lines, even a few pages, to "heat the tires". Ease will not come immediately. Too bad for these “sacrificed” lines. Leave them as they are. You will pay attention to them later, one day, when the first draft is completed.

“When I write, I double-close the doors of the unconscious. I quote from memory this clear idea of ​​the writer Catherine Clément. There is all the simplicity, all the modesty of a good writing practice.

You might be a fool, you might be a genius. Or both; or something else. During the first draft, it is not, in any case, the time to observe yourself, to watch yourself at work. You only have to be that speaking voice, no matter how good it is to say. Learn, like Catherine Clément, to return the need for introspection to her bedroom. The time for pride will come later.

Demystifying the Role of Digital Solutions for Your Food Business