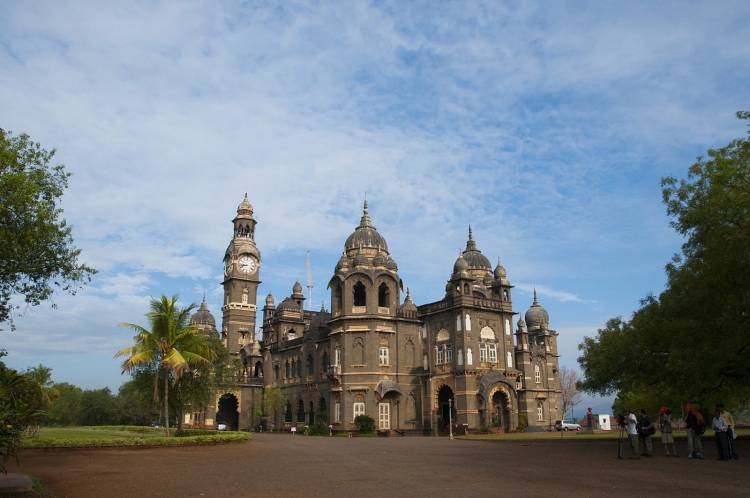 Relishing The Spiritual Aspect Of Kolhapur Tourism: 5 Places You Must Visit

The Shri Mahalakshmi Temple is not just a major attraction of Kolhapur, but also of the nation. It is one of the most revered holy shrines and is one of the six holy places which are believed to be the places to attain salvation. Head to Kolhapur to visit the holy place in real and choose a hotel from the best hotels in Kolhapur list for accommodation!

One amongst the must visit places in Kolhapur is the temple of goddess Lakshmi. Popularly recognized as the Shri Mahalakshmi Temple, the structure is one of the oldest temples dotting the lands of the country. The temple is of immense reverence to the locals as well as to every Hindu. It is counted amongst the 52 Shakti Peethas in India that are mentioned in the various Hindu scriptures, called Puranas.

The temple is also of high importance because it is believed that it is one of the six places where if one goes with clear intentions, all of his prayers will be listened and fulfilled. In addition to this, it is also believed that the temple is a place where one can obtain salvation from the earthly desires and attain moksha.

Being a revered religious site, the temple is known for different myths and beliefs. According to the most popular legend, goddess Mahalakshmi destroyed the demon Kolhasura to save the other gods and beings from his inhuman torments, and then took abode in the place, which today is recognized as Karavira. On reference to this, the place became a tirtha and hence a shrine dedicated to the goddess was created.

The most prominent facts point that the temple was constructed in the 10th century, whereas the deity was the placed way ahead of the construction of temple, which was somewhere in the 7th Century. A good to know fact about the temple, worshipping in the temple stopped for a moment of time, which then later resumed after the Maratha came to power. There is an image of the goddess Mahalakshmi interpreted on a sculpture made up of black stone and is 3 feet in height. Apart from this, there is also a sculpture of a lion behind the goddess sculpture, who is actually the vahana (ride) of hers.

Important Facts About the Temple:

The sculpture of the goddess inhabiting the temple is erected in a way that her face is facing towards the west, which is quite unusual as most of the religious images face either to east or north. Nevertheless, the temple is of utter reverence to the locals. On a daily basis, five worshipping services are held in the temple with the first worship beginning from 5 AM. There are a couple of good hotels that many consider as amongst the best Kolhapur hotels list, which are connected to the temple. Meanwhile, the temple is also a major point of interest to the tourists who are in the city for leisure and purposes other than religious reasons.

Kolhapur is a developing city located in the South-Western state of Maharashtra. Popular for its products like Kolhapuri Chappal and Kolhapuri gur, the city is also turning out as a major hub of education. It lies on NH number 4 that connects the route between Mumbai and Bangalore. The city is much closer to Pune; it takes about 3 hr to reach Kolhapur from Pune. Filled with countless tourism allures and places to visit in Kolhapur, the city is a hot-favorite destination in the southern India.

Get ready to cover 16 km more distance after reaching Kolhapur to reach Jyotiba Temple, which is also yet another favorite religious destination for many people of the country and abroad. This place is known for Lord Jyotiba, who is worshipped by the local people who consider her an avatar of Lord Shiva.

A wonderful fair at a large scale is conducted by a group of temple organizers along with the support of devotees in the complex area of this place ever year. This fair is organized when the two occasions of full moon happen and enough to appeal a huge number of locals and visitors coming from the outside places.

The foundation of Rankala Lake was laid during the 1800s when the dynamic personality Chattrapati ruler Shivaji was in the power. Referred to as the most oldest and beautiful lakes situation in a wonderful location of the state of Maharashtra, this place is known for witnessing a significant amount of visitors when the sunset takes place as the view of falling sun appeals to many individuals for varied reasons.

The ancient temple, known as Rankabhairaw, helped people of the ancient times to derive the name of Rankala Lake. Some people consider this lake as the centric attraction point of Kohlapur City with the offerings of plenty of recreational activities such as boating and horse riding for visitors.

The foundation of this popular place, also known as the Palace of Maharaja, was laid in the year of 1883 when a group of individuals equipped with the amazing sculpture skills got the responsibility of creating this one of the ancient architecturally equipped museums in Maharashtra.

Located on the ground floor of Royal Family’s new residential area, this museum is full of eye-popping war artefacts, stone carvings, jewels, and sculptures. Credited with the achievement of being known as a widely accepted tourist destination in the history of Marathas, this museum also incorporates a wide range of houses where plenty of belongings like weapons and clothes related to Chhatrapati Shivaji are still found.

Also referred to as “Panhalgad”, Panhala Fort is a must visit place for all tourists. Located at a distance of 21 km from Kolhapur, this fort was built under the supervision of the great emperor Bhoja in 1050 A.D. It would not be wrong to say that its beautifully designed walls and scriptures in terms of artistically are a major attraction point for people who come there during their vacations. Every year a great number of tourists reach this place in a search for the peaceful environment.

Having its location at a height of 3128 feet, this exclusively-designed fort is unarguably an excellent vacation spot in Kolhapur. Amber Khana, Sajji Kothi, Teen Darwaja and other Mausoleums are the major attractions of this place.

So what are you waiting for? Head to the city in next holiday for a vacation that will be enough to give the moments that will be cherished for the lifetime!

3 Superfoods To Boost Your Immunity