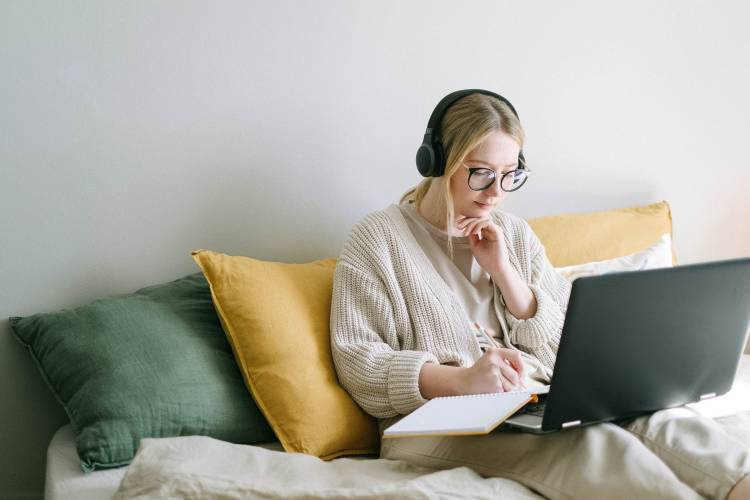 What Does A Write-up Cost? Why a Good Write-up Is Not Cheap, but Is Worth the Money.

Have you ever wondered whether it is worth having your copy written by a professional copywriter? The question always arises: What does a content cost? And of course the question is justified. Maybe you've even done a bit of research and found that the differences are really stark. From content for a handful of dollars to content that cost in the middle three-digit amounts, pretty much everything is included. Today I would like to answer why this is the case and why a content from me costs what it costs.

According to Memoir Ghostwriter, When customers first come to me, they often swallow when they read my offer. And now and then I also hear “Can you do something about the price?” It is often on the tip of my tongue “Yes, of course, which letters should we leave out?” - I don't say that, of course, because it doesn't apply to either still, it helps the potential customer to understand why such a stupid content is so expensive. And that's exactly why I want to explain it today.

A car without a steering wheel?

An example to start with: Imagine going into a car dealership. The seller shows you a car, you like it and you want to buy it. When you are told the price, you swallow. And you ask if there is anything else that could be done about the price. The seller will then offer you a model without air conditioning or maybe one without winter wheels, but you actually want both. It would be awesome if he told you: Take this, it has no steering wheel, no tires, and no trunk. There are no such cars. And it's similar when you commission a content from me: There are certain elements that can be left out, but without which it won't be so nice. And then there are things that you simply cannot do without. I want to bring you closer to what these are.

Only writing? It would be nice!

Copywriting is much, much more than just writing. Just sit at your desk and then write a content - done! That does not work. With no content. Not even on this blog post here. Even for that, I thought a lot in advance, created a concept and then wrote, corrected and fine-tuned it.

It all starts with the briefing

At the beginning of every order there is a briefing by the customer. This can sometimes be very short, which usually means more effort for me afterwards. Because the customer doesn't really know what he wants? In such cases, I can often see the question marks on the customer's face when I start asking questions - even though he's only on the phone. Then I have to tease every bit of information out of him, which is not that easy. Asking specific questions and often asking again later when creating the content is the trend here. Sometimes the briefing takes longer and is detailed. Then it's up to me to filter out the relevant information and pack it into the content. But that too takes time.

I have a plan

After the briefing and before I start writing, there is research and conception. That is part of every job. It just doesn't work without a concept - I have described in more detail here why that is so. It includes, for example, the structure of a content, what is right at the beginning, what information is actually important for the readers (target group), what is special about the client? It is also about how to skillfully transition from one paragraph to the next. These are all considerations that I need to consider in advance before I start writing. And of course there are also the keywords: Which keywords have to be in the content? Which are essential, which are important, which can be left out? When does it get too much?

It has been quite a while until this point - and I haven't written a word yet! That is only now, and it usually happens relatively quickly. But that's only the first draft, a rough diamond, so to speak. And like a diamond, a content also needs fine-tuning. It can happen that you tinker with a single word or a single sentence for half an hour or more. Sometimes I even break off at this point and only continue the next day because I'm in a dead end.

The fine tuning is incredibly exhausting for the brain. And it's not something I could do all day, it just doesn't work. After two or three hours it is simply the end of the day because the head no longer participates. Sometimes it goes on again after a break, but often it is the case that the head needs a bit of space in order to achieve full performance again. When the fine-tuning is done, the content is actually done. But wait, there's still something missing! Exactly, the correction. Because nobody is perfect. And certainly not when writing. Typos or careless mistakes creep in quickly. So a correction round is always part of the content creation.

Only then does the content go to the customer for the first time. He then looks to see whether he corresponds to his ideas or whether something should be changed. This is often the case, but mostly it's small things that need to be changed. Perhaps a certain service is not prominently placed enough or the customer has come up with something that is super mega-important. So go back to the content, see how I can put something where. Then again fine-tuning and another round of corrections. You're slowly getting an idea of ​​how complex it is to create content, aren't you?

Knowing which screw to turn - priceless!

And then there is the matter of knowledge and ability. These are things that are not tangible, but of course they also play a role. Because everything I can and know today, I have acquired over the years under blood, sweat and tears. In itself, this knowledge is priceless (in a double sense), but of course this also flows into the pricing. A master mechanic also earns more than an apprentice, and rightly so.

Is it also cheaper?

Now you might be wondering what about all the platforms like Textbroker and Co., where you can buy content for less than a cent per word. I'd like to have a tantrum there. On the one hand, because some believe that I should also call up such prices. On the other hand, because these platforms ruin the reputation of an entire profession. Because those who have had bad experiences there often also think that it should be exactly the same if you hire a professional copywriter. Well, that's exactly where the dog is buried: You won't find a really professional copywriter at Textbroker and the like. Because the people who work for such platforms are mostly those who do it in order to earn a little something on the side.

This is not possible full-time. I'll do the math for you: Let's assume someone only writes four-star content, for which you currently get 1.3 cents per word. For a content with 500 words that would be $ 6.50. If you want to generate an income of 1,500 dollars per month, you have to write around 230 such content per month. With 20 working days per month that would be 11.5 content PER DAY! Apart from the fact that I consider this to be almost impossible even without research and conception, it should be clear here at the latest that the quality of the content cannot be of particularly high quality. Either someone does it on the side - so they are not a professional - or the poor copywriter has to produce so much in such a short time that quality is simply no longer possible. No matter how well you know a topic and no matter how good you are as a copywriter.

Regardless of the fact that something is modern slavery, or at least comes very, very close to it: I don't have such content. In addition to my experience, my knowledge and skills, there is also a lot of effort and passion in my content. And you can easily tell the difference. Therefore it should be clear by now at the latest: If you want quality, you have to pay a fair price for it. This is no different with content than with anything else.

10 Reasons why you need a Qualified CPA

The Impressive Benefits of Allowing Employees to Work Remotely

BOD INCUBATOR: WHAT IS, FEATURES & WHERE TO BUY

How To Buy Gold